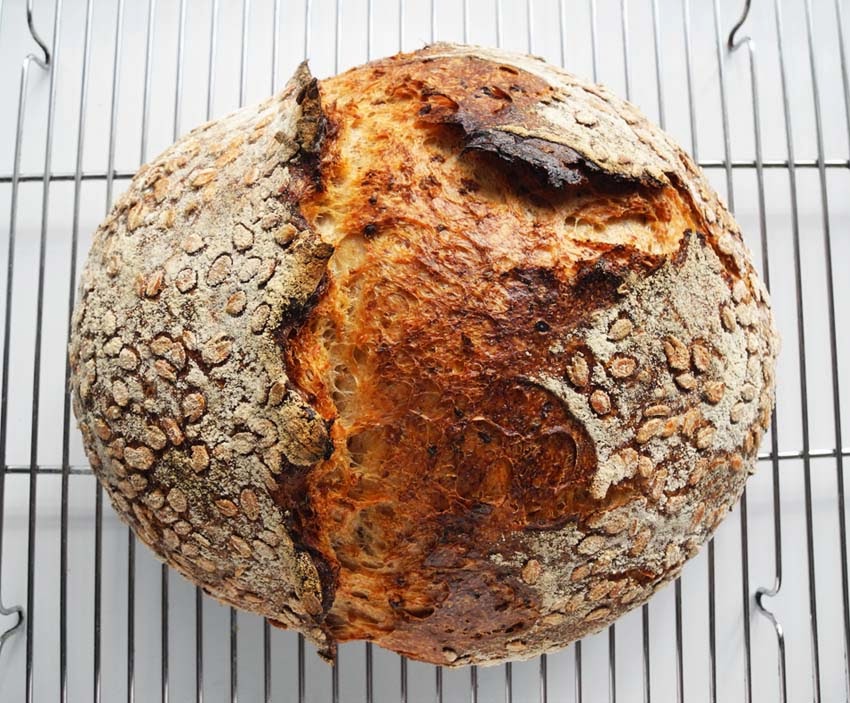 My first try of Tartine Double Fermented Rye Porridge Bread from Chad Robertson's Tartine Book No.3, with increased leaven (30%) and walnut oil. I changed the ratio of the flours to 70% bread/AP flour and 30% high-extraction flour. 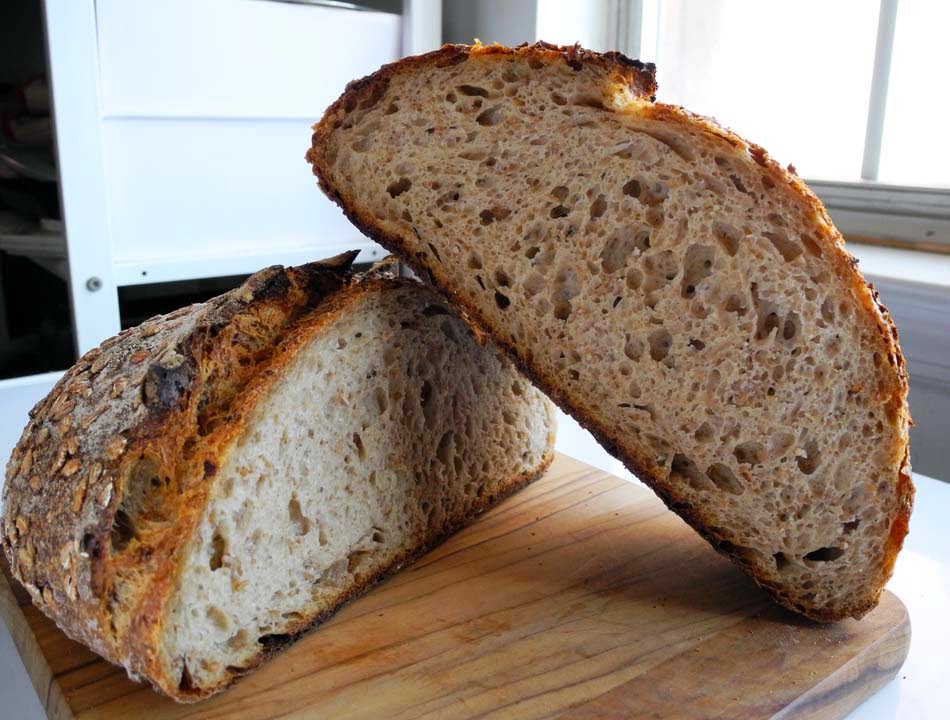 I pre-fermented cracked rye berries overnight, soaking them in the water and 1/2 tsp leaven, then cooked them in the next morning, to make rye porridge. I cooked rye porridge longer than it was supposed to, to evaporate the extra moisture as much as possible while keeping it moist enough. The rye porridge tasted good itself, just with a small amount of salt. 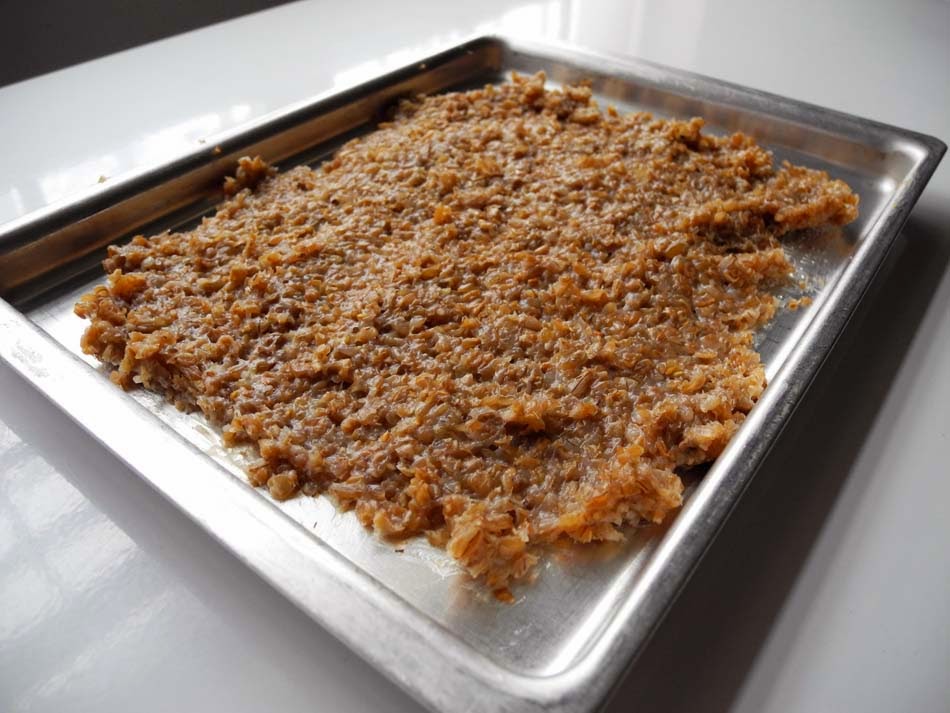 Mixing rye porridge thoroughly into the dough was hard, and it took a while to mix them evenly. I felt that I gave the dough a lot of kneading at this point, so I reduced the amount of stretching and folding during the bulk rise from 6 to 4 times.

Bulk rise was 4.5 hours at 77F until the dough rose to 20%. I folded 4 times in every 25 minutes during the initial hours of bulk rise, and let the dough untouched for the rest of the hours.

Final rise was 6.5 hours overnight at 38F in the fridge. 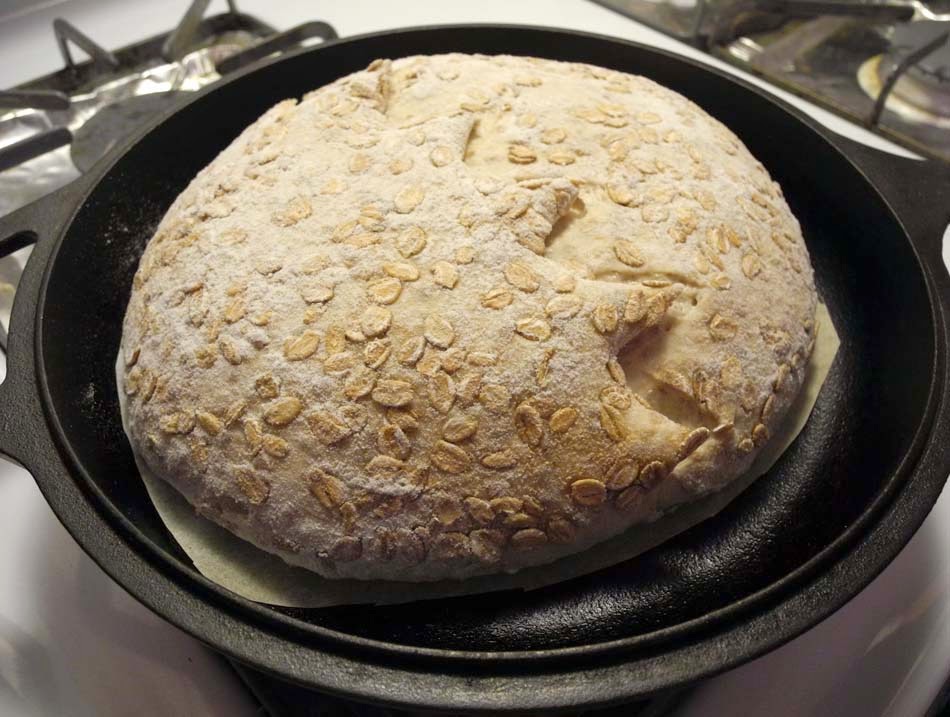 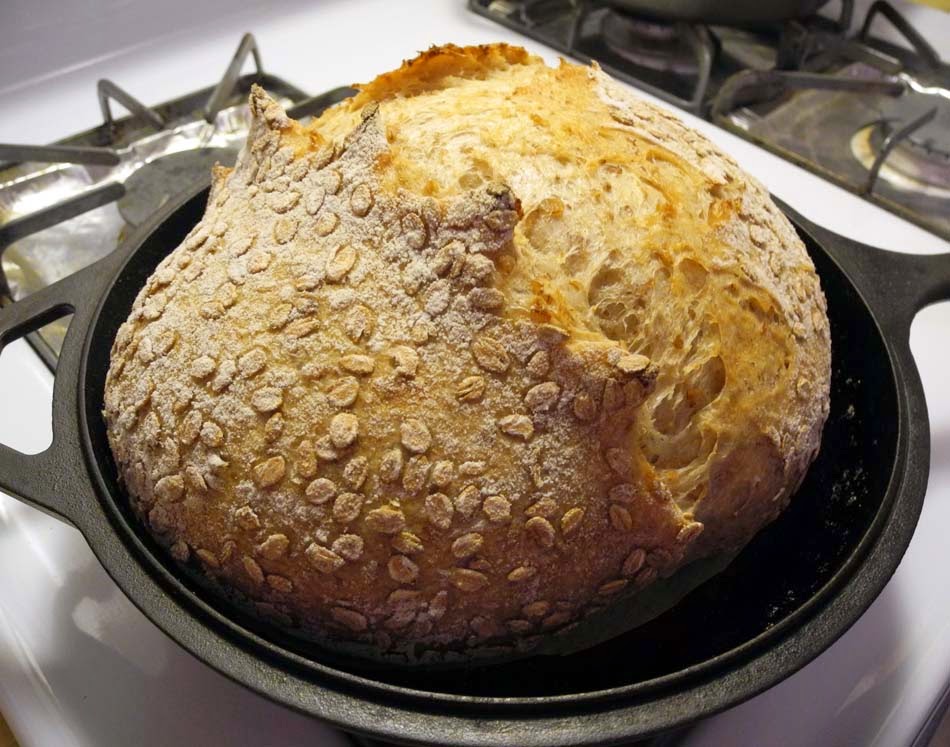 The oven spring was great, perhaps since it contained 70% while flour (the original recipe called for 50% white flour). 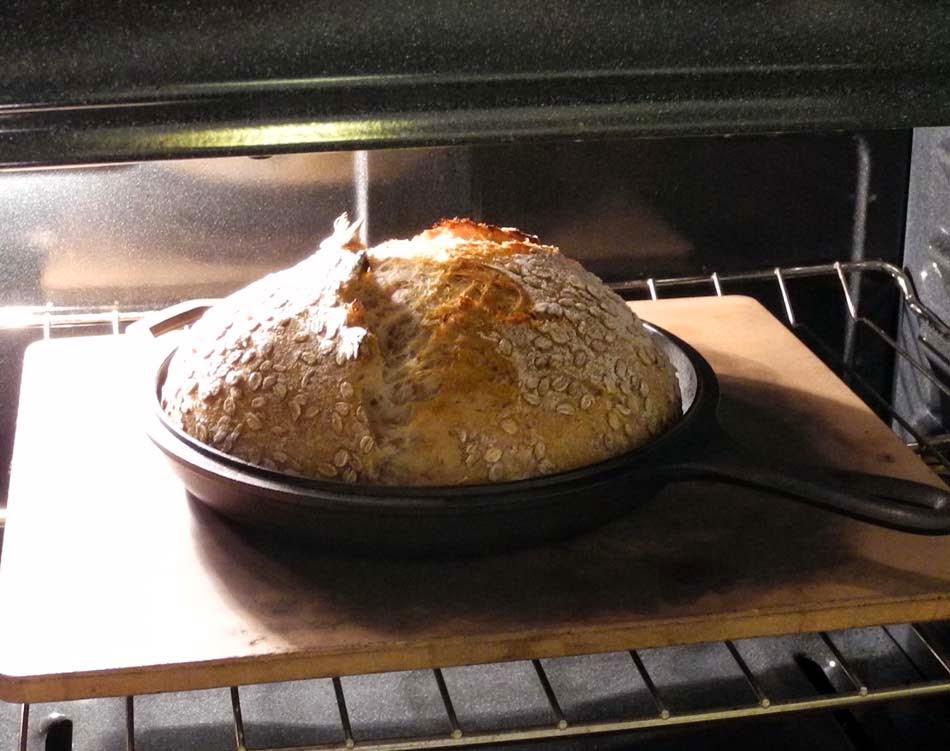 I waited to slice the loaf for 24 hours after baking, since some bakers recommended that online. The crust was very thin and crisp, and the crumb was moist, soft and fluffy with nice open holes, not gummy or dense at all. 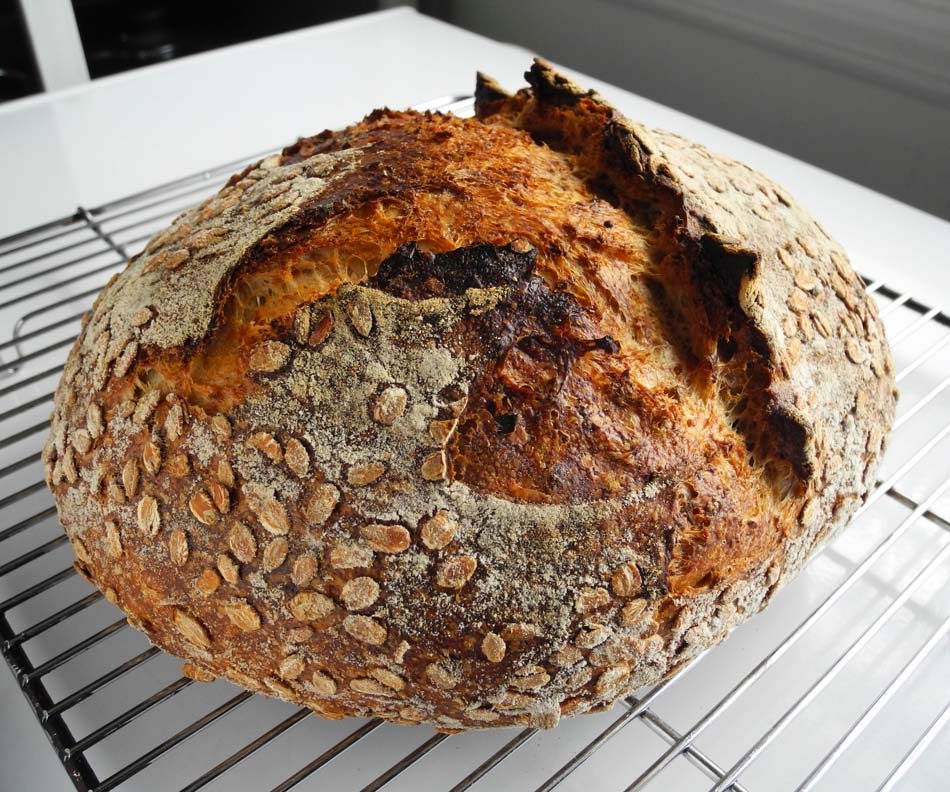 It was almost impossible to find the presence of rye porridge in the crumb (or a hint of walnut oil), since all the flavors and textures were nicely melded into one soft crumb. But rye flavor from the porridge was certainly there, although it was not too overwhelming. Rye porridge consisted 1/3 of the loaf, well hidden in the white-bread-like soft airy crumb. The texture of the crumb was amazing, so soft and moist. 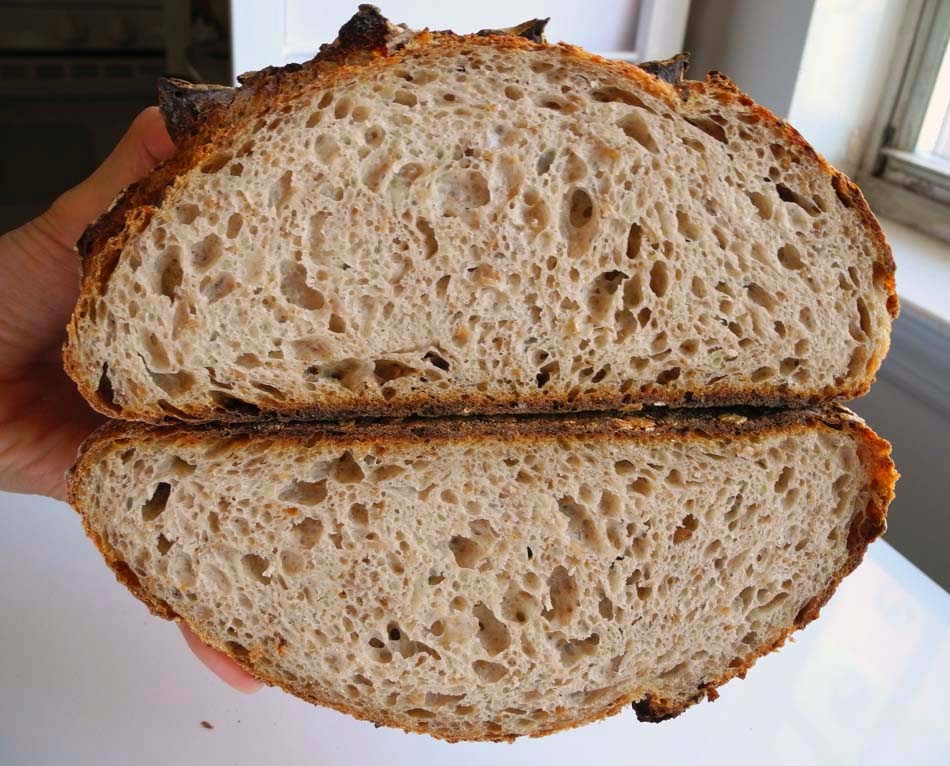 I had a toasted slice with a little bit of butter on it. The contrast between the thin crisp crust and the soft moist crumb was really nice, different from any other kind of breads I ever had before. It was like a soft/moist easy-to-digetst sandwich bread fully packed with complex flavors of the whole grains. Chad Robertson certainly created an ideal bread that incorporated both great advantages of the texture of white bread and the taste/flavor of whole grain bread into one amazing loaf. 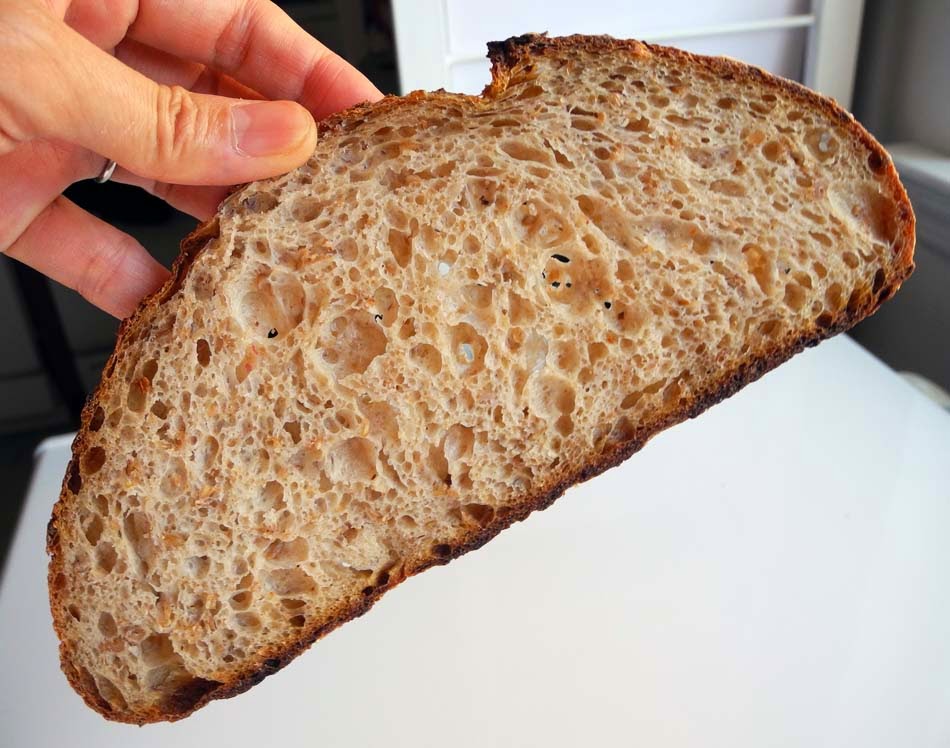 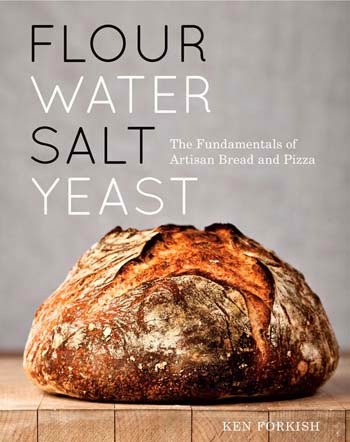 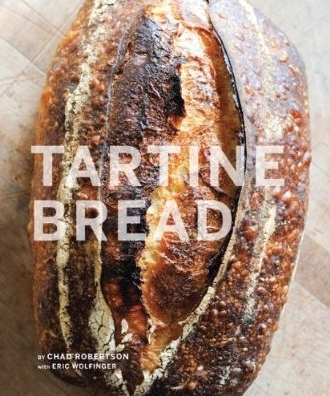 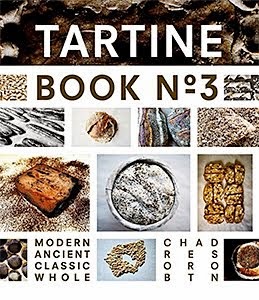